This post contains affiliate links for products I genuinely recommend, which means I earn a small commission at no cost to you.

Spanish tortilla (or tortilla española, or tortilla de patatas) is a simple, hearty, comforting recipe made on the stovetop. You can serve it warm or chilled, alone or on a sandwich. It comes together with kitchen staples, so even when you have close to nothing in your fridge, if you have eggs, potatoes, and a bit of onion, you can whip up some Spanish tortilla. 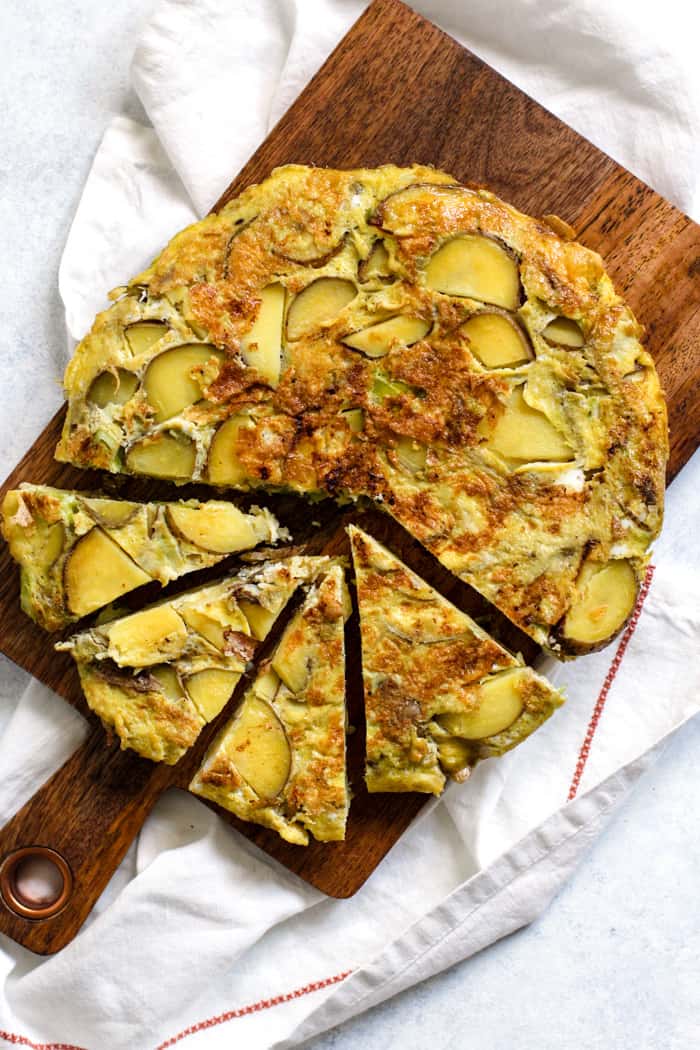 You guys. Everyone will want to be your friend when you learn how to make Spanish tortilla, partly because it's delicious and partly because an undeniable fact of life is that fried potatoes + eggs = breakfast heaven.

Except this is kinda more of a lunch/dinner thing in Spain... ... just, you can eat it whenever you want (I totally eat it for breakfast). All I know is this potatoes-up-in-your-eggs situation is calling your name. 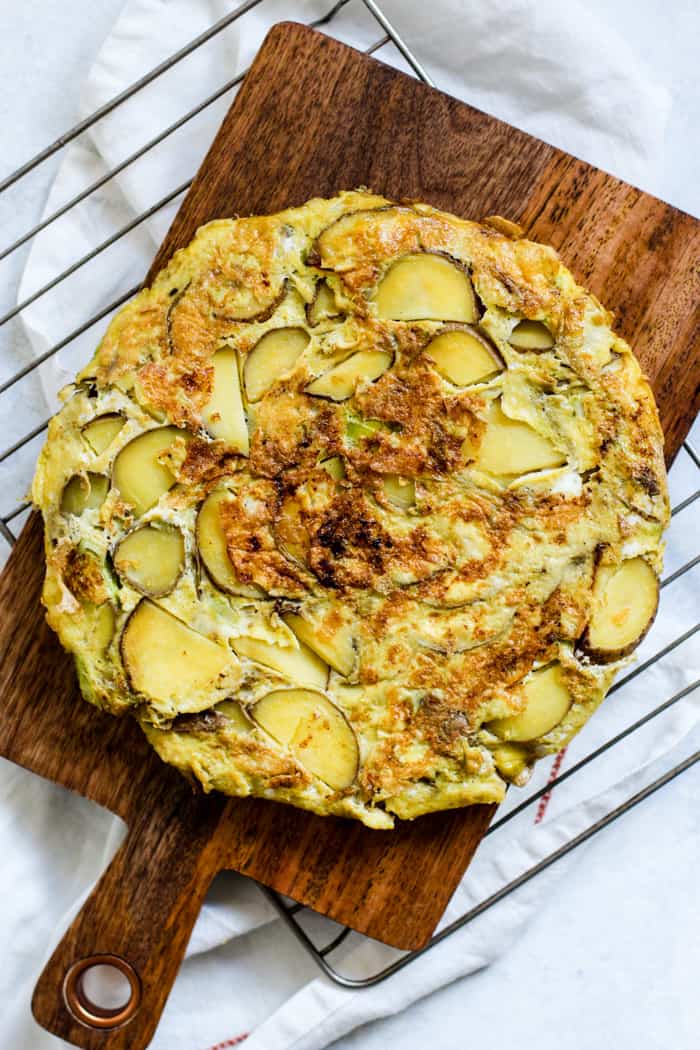 Known as Spanish tortilla, or tortilla española, or tortilla de patatas, this traditional Spanish dish is essentially an open-faced potato omelette. I first had it when I lived in Sevilla about five years ago (holy buckets...five?!), and I instantly fell in love with the fact that something so simple could be so delicious and, in a way, incredibly comforting. Any combination of potatoes and eggs is, I suppose, a comfort food staple.

So what it really all comes down to is that Spanish tortilla is a simple, hearty, comfort food meal made from kitchen basics. Moreover, Spanish tortilla can be eaten at every meal, hot or cold, and made into sandwiches. SANDWICHES. No joke -- I learned it from the Spaniards. Hence the whole lunch thing.

Sooo yeah. Basically I'm also about to get you out of a sandwich rut. Are you in love yet? (Not with me! With the recipe.)

Quick confession before we talk about this Spanish tortilla business. I may or may not have breached the traditional recipe formula a little bit by reducing the amount of olive oil. Many traditional recipes use 1-2 cups (cups!), which is like... an entire bottle. So, I reduced the amount to around ¼ cup because two cups seemed like just SO much. You do, however, need enough olive oil to fry the potatoes and flip the tortilla in the pan. We'll get to that 😉 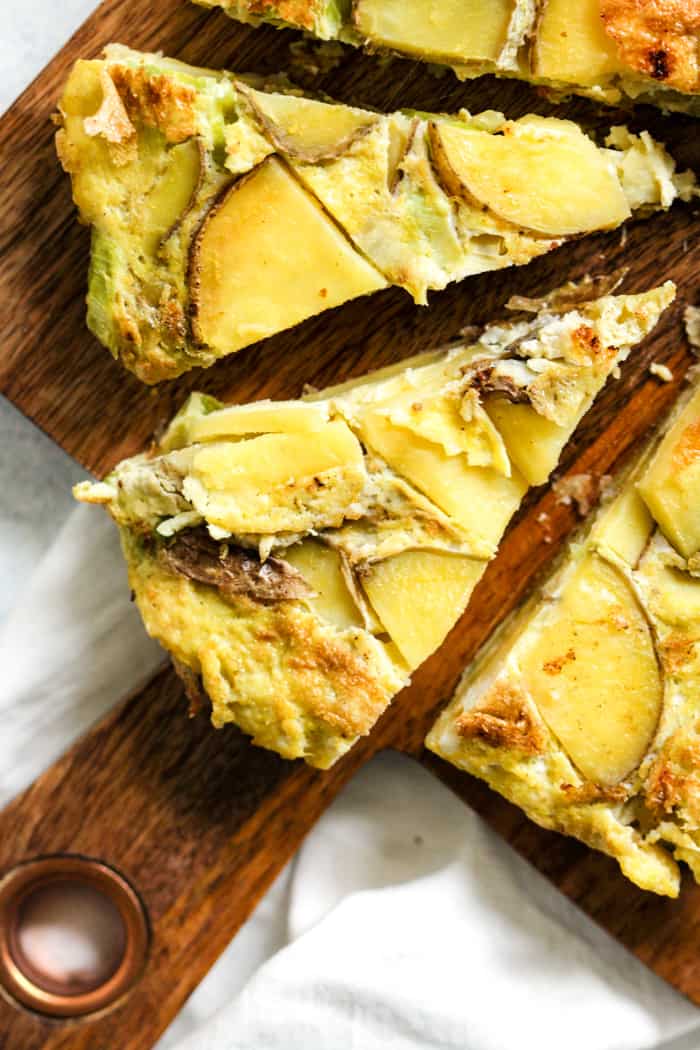 Okay, so this recipe is incredibly simple, but making Spanish tortilla actually requires a bit of finesse; namely, flipping the tortilla can be somewhat of a challenge (read: I may or may not have destroyed many of these). Some mistakes (let's call them tests, because I'm totally a recipe tester) I've made:

Don't worry, it's very simple if you follow the instructions!

Next, let's quick talk about the flip. 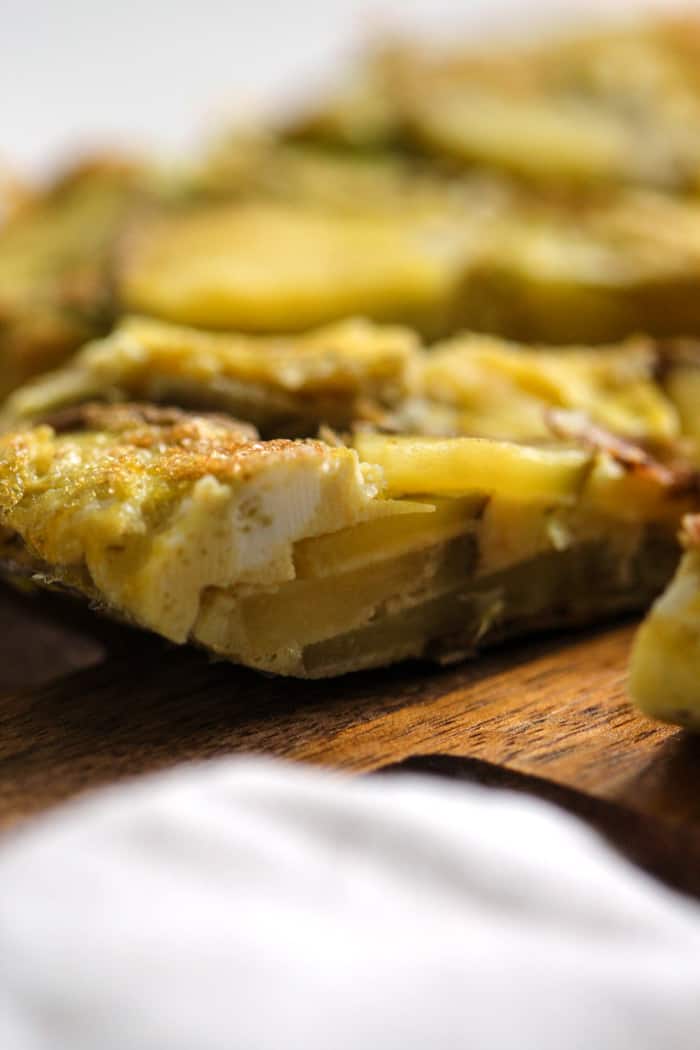 Part of Spanish tortilla's uniqueness is in it's preparation: entirely on the stovetop. Because of this, you need to flip the tortilla in order to finish cooking the eggs. Now, you might toy with the idea of just making it in a cast iron skillet, popping it in the oven, and calling it a day. Have I done this? Oh, absolutely. BUT. A Spaniard will tell you that you are making a frittata (Italian). So. We're going to try and be all authentic here, okay? You can cheat with a cast iron skillet another time if you want. I won't tell anyone.

So, the flip. Basically, you'll reach a point in the recipe where you've poured your whisked eggs over the onions and potatoes in the pan on your stovetop. You'll allow that to cook until the eggs are almost cooked through on the top, but there's still a little circle of liquid-y egg in the center. The trick is to slide the tortilla out onto a large plate (liquid-y part still face-up), then hold the pan upside down over the plate (allowing it to touch the tortilla, pressing the tortilla up against it), and flip it back over with the tortilla in it. That's it! Then you let it finish cooking for a minute or two. DONE. Spanish tortilla.

You can cut it into slices and serve immediately, or you can chill it and serve plain or on sandwiches throughout the week. I love both ways <3. 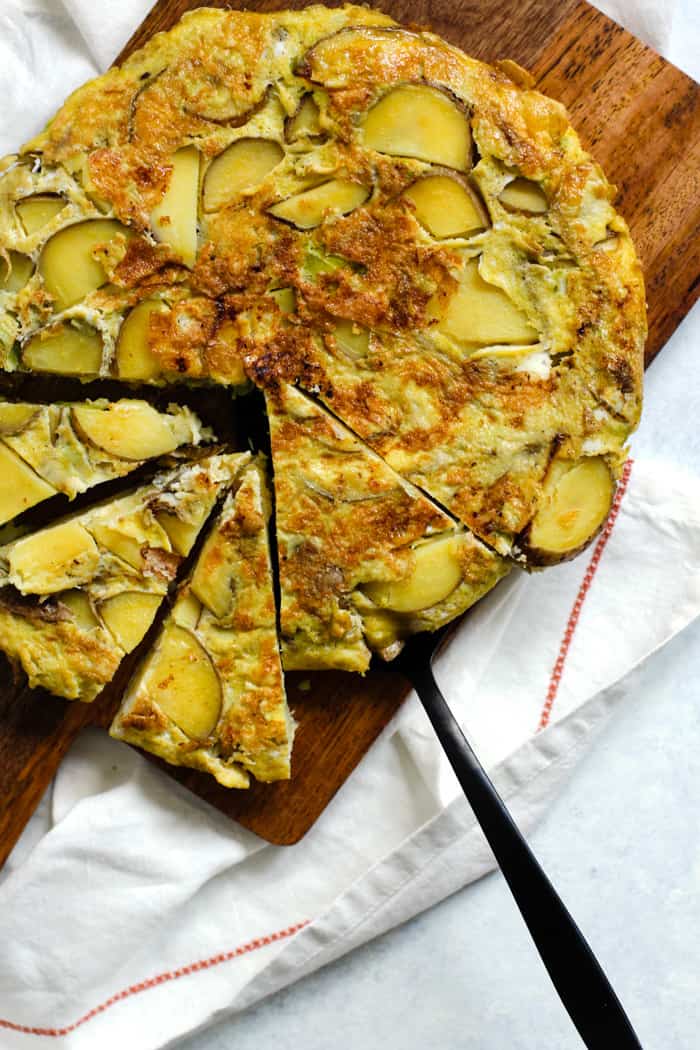 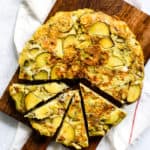 Spanish tortilla (or tortilla española, or tortilla de patatas) is a simple, hearty, comforting recipe that comes together on the stovetop. You can serve it warm or chilled, alone or on a sandwich.

Welcome to Roots and Radishes, a food blog for healthy home cooks! Here you'll find healthy, simple whole foods recipes. I'm Tera -- the author, recipe developer, and photographer behind this site. Have a look around!

Make This for Fall...